The Jet d'eau is switched on: Geneva recovers its landmark

Type de publication
Communiqués de presse
Date de publication
11 juin 2020
Publié dans
Soutenir la Genève internationale et solidaire, Département du territoire (DT), Département de la sécurité, de la population et de la santé (DSPS), Chancellerie d' Etat
On hold since March 20th due to the COVID 19 pandemic, The Jet d’eau has returned to service. In a symbolic gesture to highlight the importance of international cooperation in the fight against the pandemic, it was turned on by Dr Tedros Adhanom Ghebeysus, Director General of the World Health Organisation (WHO) besides Ms Tatiana Valovaya Director-General of the United Nations Office at Geneva. The event was hosted by Antonio Hodgers, President of the Geneva Government and Christian Brunier Director general of SIG in the presence of Mauro Poggia, State councillor, Yannick Roulet, Ambassador, Head of Host State Division, Permanent Mission of Switzerland to the United Nations Office in Geneva, and Alfonso Gomez, administrative councillor for the city of Geneva.

Geneva’s landmark, the Jet d’eau is running again after 83 days of solid confinement. Around 4pm, Dr Tedros Adhanom  Ghebeysus, Director general of the WHO, triggered the command which propelled a water column 140 meters above the lake level at 200km/hour. The Jet d’eau’s fine and famed white colour results from the ensuing high-speed ventilation process.

Due to the COVID-19 pandemic, Geneva’s star attraction since 1891 had temporarily ceased to function. Dr Tedros symbolic gesture marks the bringing under control of the pandemic in Geneva. "WHO is proud to call Geneva home and we have missed seeing the Jet d'Eau from our offices. I am deeply honoured to be invited to turn it back on, and I hope that it will continue to provide joy and hope for all Genevois and the city’s visitors. The Jet d'Eau is the symbol of Geneva, and turning it back on is a symbol of Geneva's success so far in suppressing transmission of COVID-19. But the fight is not over and we all have a part to play in ensuring we do not see a resurgence of the virus." Dr Tedros stated.

The COVID-19 pandemic contaminated 6 million people worldwide causing the confinement of 4 billion people. Whilst propagation of the virus is slowing in Europe it is quickening in many other parts of the world, particularly in Latin America.

President's State Council, Antonio Hodgers commended the WHO’s engagement in the fight against the coronavirus and took the opportunity to point out that dozens of Geneva based organisations are actively involved in the promotion of public health. "They are amongst the most dynamic since the turn of the century as well as amongst the most inclined to forge ties with local organisations such as Geneva's hospital, the University of Geneva and the Graduate Institute of International and Development Studies" he underlined.

The canton of Geneva does its utmost to host UN organisations in the best possible conditions. "Despite the challenges faced by multilateralism and international cooperation, Geneva is determined to remain the city of peace and of the rule of law, as well as of human rights and of sustainable development goals". Antonio Hodgers recalled before concluding "Health and welfare for all are key parts of these goals".

"From COVID-19 to climate change, the world is now, more than ever, facing truly global challenges which can only be taken on through bilateral cooperation", said the UN's Geneva Director General Tatiana Valovaya. "This is precisely what the UN has been doing and continues to do as it marks its 75th anniversary and as we celebrate the 100th anniversary of modern multilateralis in its birthplace, Geneva. I would like to take this opportunity to thank the Swiss authorities – from the State to the Federal level – for their help and unwavering support towards diplomacy and multilateral discussions as the only solution to confront the challenges we face. I further congratulate Geneva and its population for its great sense of responsibility and behaviour throughout the crisis. The UN stands besides its host town and country in its fight against COVID-19".

Switched on a daily basis – except when freezing winds have halted it. At night it is often lit to show support for various charitable, humanitarian or diplomatic endeavours. Tonight, it will be blue to indicate support for the work achieved by the World Health Organisation (WHO). "Throughout the lockdown, SIG has continued to fulfill its mission, not least providing all inhabitants of the city with drinkable water and electricity on a 24/7 basis, all the while complying with all appropriate health and safety standards for its employees. The priority placed on the Geneva population's wellbeing should easily explain why the "jet d'eau" wasn't operating during the lockdown as its maintenance room would have required employees to work in very confined spaces", explained Christian Brunier, CEO of the SIG.

Link for the pictures 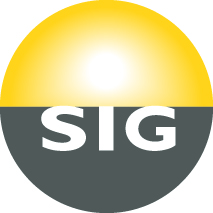